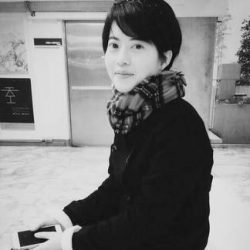 CHU Yin-Hua uses photography to explore different ways of seeing, treating the photographic image as a fragment frozen and extracted from the flow of time, and the camera as a bridge between mental image and visual perception. Her experiments have introduced new variables into some of the standard operations of both photography and urban geography. Her solo exhibitions include Imagined City (2010) and Staging Memories (2011) in London Gallery West, Once Upon a City… (2012) in Taipei Artist Village, Encoding Memories: Tainan (2012), Hopscotching Tainan (2013) in Tainan, Taiwan. Her group exhibitions include Afterimage (2014) in New York, Small or Big (2016) in Taipei Fine Arts Museum. She also curates the experimental exhibition Image Imaginings from the museum collection in Taipei Fine Arts Museum.